Indiva’s own Director of Business Development, Jon Hiltz, is one of the most prominent cannabis journalists in the industry today. He has written hundreds of articles for Marijuana.com, a leading cannabis media outlet owned by California tech-giant Weedmaps. In 2018, Hiltz was a finalist for Writer of the Year at the Canadian Cannabis Awards.

Hiltz’s first book on the subject, The Wild West: Canada’s Legalization of Marijuana, is now available online on Amazon and from Indiva’s e-store. It is a succinct yet comprehensive study of the long road to the legalization in Canada. Hiltz delves into the racist roots of marijuana prohibition in the 1920s, the introduction of legal medical marijuana, issues surrounding the Canadian/U.S. border, the aftermath of Project Claudia, and a brief explanation of international attempts at legalization. The book also explores the trials and tribulations of Canada’s notorious “pot power couple,” Marc and Jodie Emery, and details the problematic “legalization light” period from 2015-2017.

Jon Hiltz recently sat down for an interview with the Indiva blog.

I: It has been argued that there was no indication of widespread marijuana use during the birth of prohibition in Canada in 1923, and yet in The Wild West, you propose that marijuana was outlawed in the first place because of “ignorance and racism.” How so?

JH: According to Catherine Carstairs, the Chair of the History Department at the University of Guelph, who also wrote a book covering cannabis prohibition, fears over marijuana use were part of a broader effort to keep Chinese people out of Canada. In The Wild West she is quoted as saying:

“I would argue that the anti-drug panic of the early 1920s was really geared towards keeping the Chinese out of Canada. There was a drug panic moving alongside the drive for Chinese exclusion.”

I: Keeping with the theme of racism, you state in the book that one of the reasons that you supported legalization was because of racial disparity regarding police enforcement of Canada’s previous cannabis laws. How did that disparity affect your position on the matter?

JH: Having been a journalist covering the emergence of cannabis as a legal substance in Canada, the U.S. and elsewhere, too often I came across studies and investigations that revealed a disparity between the number of white people arrested and charged with possession and the number of minorities charged with the same offence. Whether or not these numbers were a result of conscious or unconscious biases on behalf of law enforcement, the one thing that was clear was that marijuana was seemingly ok for many white people, but not okay for others. Any intelligent person would be saddened by that type of hypocrisy.

I: In the book you are fairly critical of Prime Minister Justin Trudeau, referring to his attitude regarding legalization as “foolish and uncaring.” Can you elaborate on that?

Overall, I am pleased that Prime Minister Trudeau legalized cannabis, it was long overdue. Where he fell short, in my opinion, was on specific areas that included continued possession charges and a lack of empathy on the problems at the U.S. border.

Regarding the charges, throughout the process of legalization, Canadians were still being arrested and charged by the thousands for a substance that was going to be legal in a matter of months. Even former Prime Minister Chretien said that was unacceptable.

For the problems at the U.S. border, Canadians were and still are being asked if they have ever smoked marijuana and if they answer yes, a fair number have received lifetime bans from entering the United States. Further, people in the industry itself have received the same treatment just because they work in cannabis. Trudeau commented on the issue by saying he does not want to tell another country what to do on their border policies. This is foolish on his part because he is the catalyst for making cannabis legal, he should at least go to bat and try to discuss the issue with the Trump Administration.

Moreover, he himself has admitted to smoking marijuana and nobody is turning him away at the border, so it is hypocritical that he does nothing about it for the rest of us.

I: You were an eye-witness to the so-called “Project Claudia” raids on unlicensed marijuana dispensaries in Toronto in 2016. What do you consider to be the overall impact and legacy of that offensive, and how did it affect you, personally?

JH: Project Claudia in the eyes of many will go down as one of the most irrational, irresponsible and overly dramatic wastes of public funds Toronto has ever seen. Here we have an army of police officers entering multiple dispensaries across the city, some with significant force, and arresting staff and management of these establishments.

I am not going to lie and say that these places were legal, because in the eyes of the federal and provincial governments, they were not. But a good number of them operated exclusively for people who had a medical marijuana prescription and had problems with the mail-order system when getting their medicine. Couple that with the fact that in British Columbia, the local governments made the decision to regulate these stores despite the fact that they were illegal. It made the decision on behalf of Toronto Police look like a joke, because if one province can regulate why can’t others?

All the police needed to do was go and close one down if they were receiving complaints from local residents, but a swat-team type approach across the city and province was simply unnecessary.

On a personal level, my disappointment with law enforcement was only amplified when I interviewed Toronto Police for answers. Their black-and-white attitude that these establishments were illegal and should be shut down at any cost, despite regulation in other parts of the country, made them look ignorant on a grand scale in my opinion and in the opinion of many others I spoke to.

I: The Canadian Medical Association originally suggested that the minimum age to purchase and consume marijuana and other cannabis products be 25 years of age, and yet the official age is now 18 years of age. How did policymakers come to decide this, in spite of the CMA’s recommendation?

JH: The CMA stated that, in their view, the minimum age for cannabis consumption should be 25 years, because the human brain reportedly isn’t fully developed until that point. Their official stance however, was that 21 should be the age because of the federal government’s goal to wipe out the black market and kids will buy pot from dealers.

In the end, the feds decided that 18 was to be the minimum age with the provinces able to increase the limit if they so choose. I must admit that I was surprised they made it 18 years but I agree with them on why they did it.

I: You note that the laws about advertising cannabis are much stricter than the rules regarding advertising liquor. What is the rationale behind this disparity in regulation?

JH: The only rationale in my view is that the Canadian government is already making a bold move to legalize in the first place and they want to do it as conservatively as possible at this time to keep everyone happy, including those that do not want cannabis legal.

The advertising rules are completely archaic and in many cases unnecessary but it’s my view that things will loosen as time goes on and cannabis becomes even more normalized in everyday society.

I: You describe being denied a small overdraft at your bank because of your job as a journalist covering the cannabis beat, and you detail how large, licensed producers of cannabis are likewise being discriminated against by banks and other financial institutions. Now that marijuana is legal in Canada, do you predict that there will be less discrimination as the industry becomes more mainstream and normalized?

JH: Yes, it has already happened. Large banks are starting to repeal their ban on all things cannabis because many have realized that there is simply no real way around this newly legal commodity. Cannabis is permeating throughout many industries including security, trucking, farming, manufacturing, tourism and much more. How do you ban all that just because many deal with the cannabis sector directly?

I: You highlight several problems regarding the legalization of marijuana in Canada, including the serious issue of a lack of supply to meet public demand. Since legalization, there have been rampant complaints of a lack of quality control, Canada Post issues, et cetera. Overall, how would you describe the rollout of legalization, and what do you think could have been done differently?

JH: It was inevitable that an effort as vast as reintegrating a formerly illegal product back into everyday society would have multiple bumps in the road. As everything moves forward and the industry progresses as a whole, I am confident that many of these issues will become streamlined and eventually run as swiftly as other industries.

As far as what could have been done differently, the issues I mentioned regarding Trudeau and the police are mainly what I believe could have been avoided. Having said that, we now have legal cannabis across Canada so despite the growing pains, it’s hard for any marijuana-lover, including myself, to be disappointed. 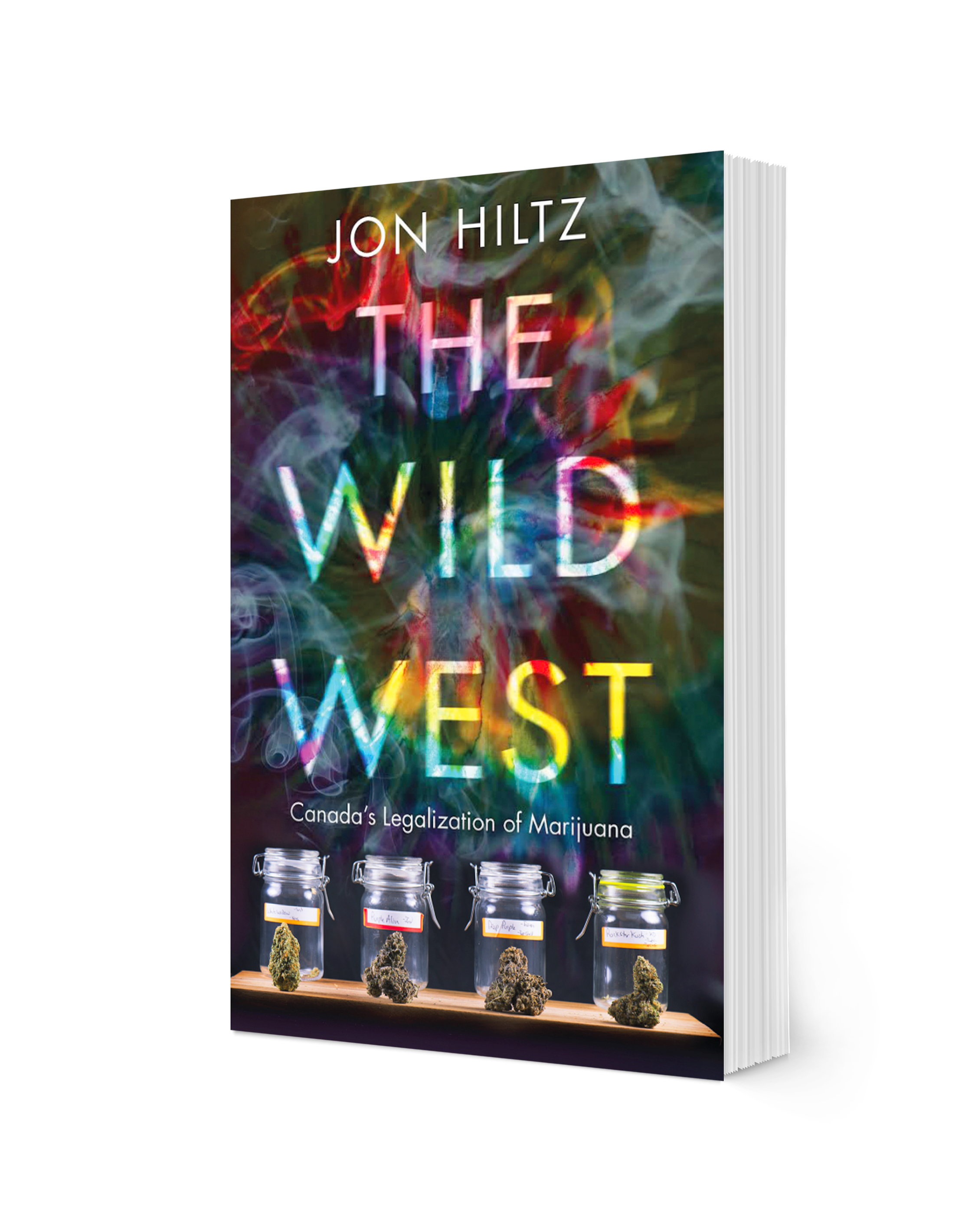